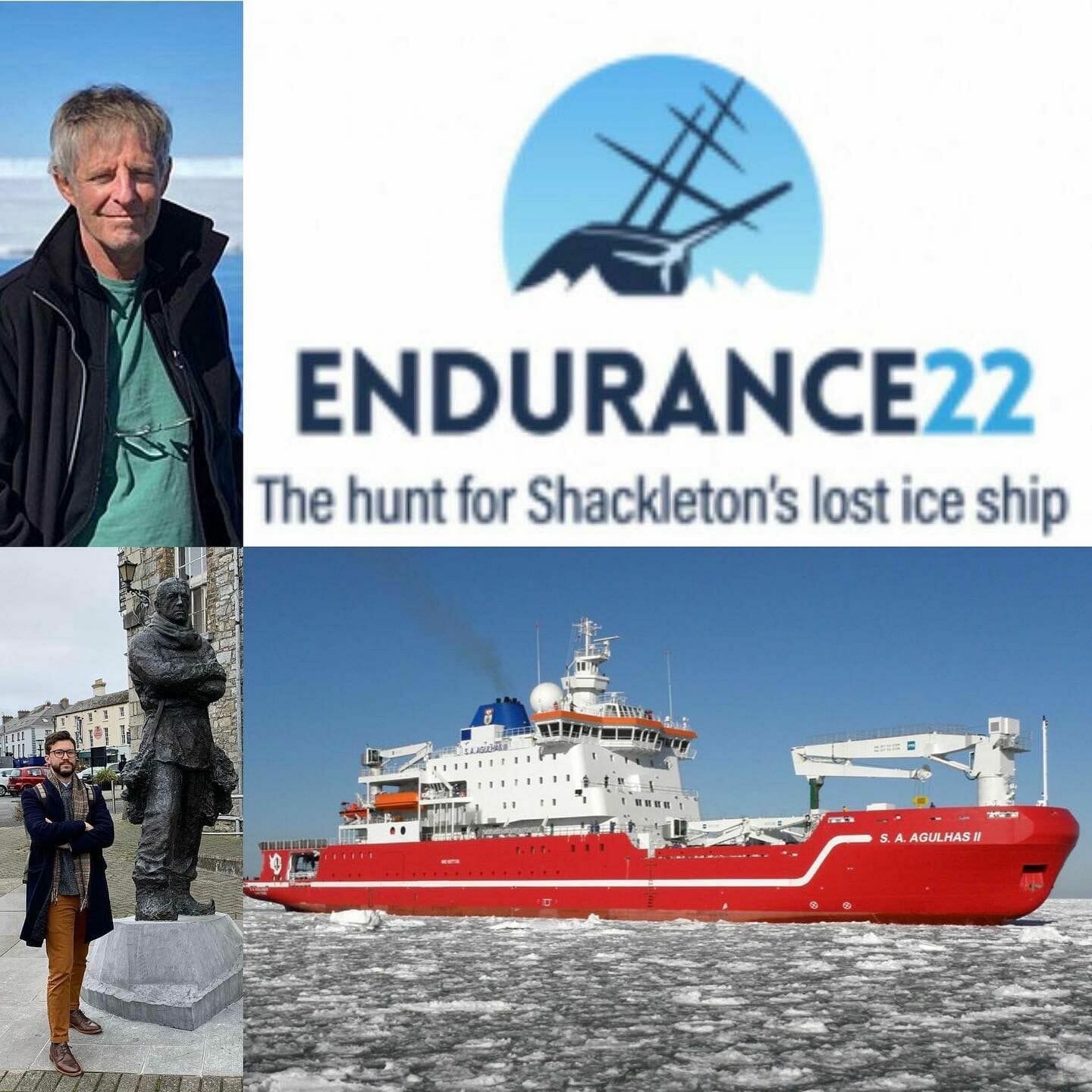 The Shackleton Museum Athy is excited at the great news that the wreck of Endurance has now been found in the Weddell sea, Antarctica.  This was the ship used during the ambitious  Imperial Trans-Antarctic Expedition of legendary Athy-born Antarctic explorer Sir Ernest Shackleton who died 100 years ago in January 1922. The Endurance was crushed in the Weddell Sea in 1915, stranding all men and bookmarking the beginning of one of the most remarkable tales of hardship and survival in the history of exploration, where Shackleton’s renowned leadership skills resulted in the improbable survival of every crewman.

The Museum recently welcomed acclaimed Maritime Archaeologist and Director of Exploration with Endurance22, Mensun Bound. Following on from the success of the Virtually Shackleton Conferences in 2020 & 2021, it is hoped that we can welcome back visitors in person for the Shackleton Autumn School later this year, where this expedition will be one of many related topics discussed. The Museum itself is currently undergoing a major design redevelopment, including restoration and fitting of the cabin from Quest, in which Shackleton died. It is hoped to have the works  completed in 2023.