The Shackleton Museum has a permanent exhibition devoted to the polar explorer Ernest Shackleton. Highlights include an original sledge and harness from his Antarctic expeditions, a 15-foot model of Shackleton’s ship Endurance, an exhibition of unique Shackleton family photographs and an audio visual display featuring Frank Hurley’s original film footage of the Endurance expedition. 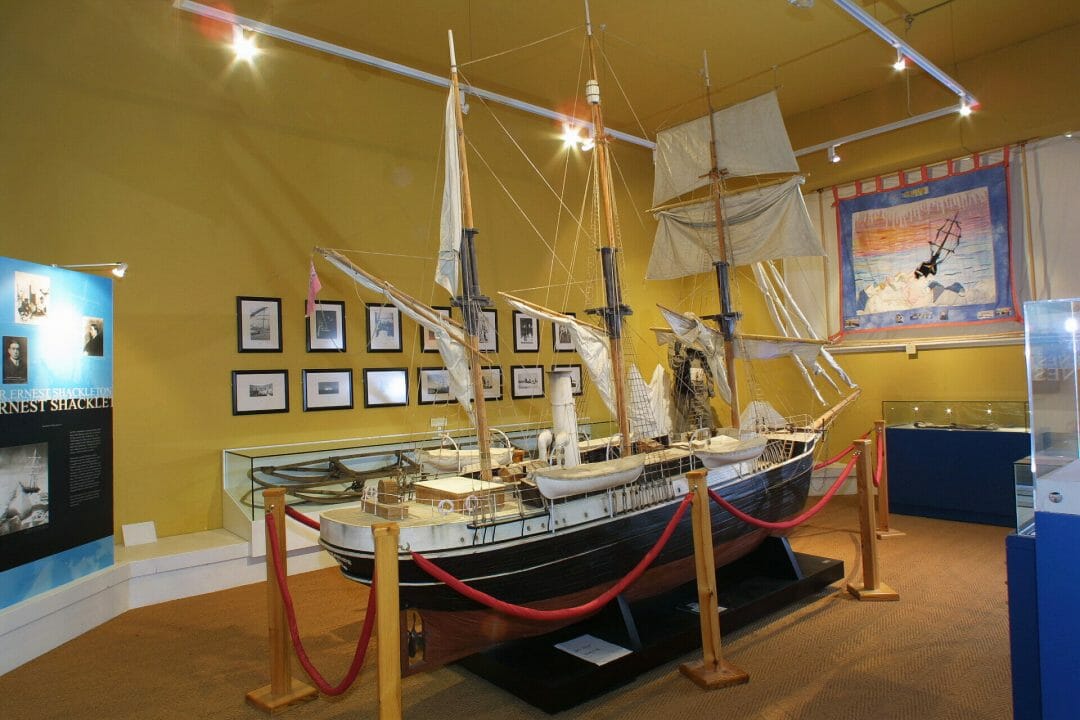 Find out more about the Shackleton Autumn School – this year in its 22nd edition.

The museum also hosts a variety of artworks inspired by Sir Ernest Shackleton.

This section of the website holds audio owned by the Athy Heritage Centre- Shackleton Museum or audio uploaded with permission from the copyright holder.

Who was Sir Ernest Shackleton? 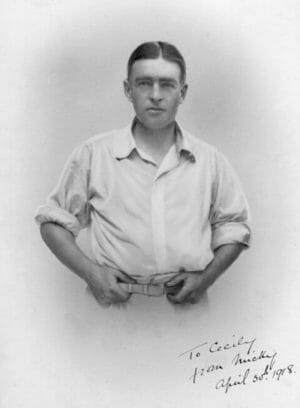 Born close to the village of Kilkea, between Castledermot and Athy, in the south of County Kildare in 1874, Ernest Shackleton is renowned for his courage, his commitment to the welfare of his comrades and his immense contribution to exploration and geographical discovery. The Shackleton family first came to south Kildare in the early years of the eighteenth century. Ernest’s Quaker forefather, Abraham Shackleton, established a multi-denominational school in the village of Ballitore. This school was to educate such notable figures as Napper Tandy, Edmund Burke, Cardinal Paul Cullen and Shackleton’s great aunt, the Quaker writer, Mary Leadbeater. Apart from their involvement in education, the extended family was also deeply involved in the business and farming life of south Kildare. 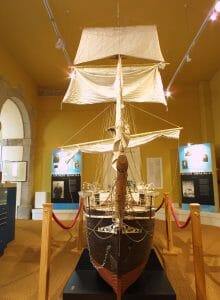 Sir Ernest Shackleton, the great polar explorer Coming from an Anglo-Irish background with a strong Quaker heritage he is renowned for his courage, extraordinary leadership skills and his contribution to geographical discovery during the era of Antarctic exploration in the early years of the 20th Century.

Having gone to sea as a teenager, Shackleton joined Captain Scott’s Discovery expedition 1901 – 1904 and went on to lead three of his own expeditions to the Antarctic. The Endurance 1914 – 1916 expedition has become one of the greatest epics of human survival. While Shackleton did not achieve his ambition to cross the Antarctic he has become famous for his triumphs of honesty and humanitarianism. He died in 1922 in South Georgia, on his fourth expedition to the Antarctic in the ship named Quest – on his wife’s instructions – was buried there.

A selection of other websites where you can learn more:

www.antarctic-circle.org – The best website in the world on Antarctica

www.spri.cam.ac.uk – Scott Polar Research Insitute holds the world’s greatest collection of reference materials on the polar regions and is the home of a newly renovated polar museum

www.jamescairdsociety.com – Society establised to perpetuate the life and acheivements of Ernest Shackleton based in his old school Dulwich College

www.athycollege.ie/shackleton-challenge  – Details of the inaugural ‘Shackleton Challenge’ run by the Shackleton Autumn School in conjunction with Athy Community College.